The Calgary Stampede announces “Trailblazer” as the 2019 Bell Grandstand Show

Calgary –The Calgary Stampede is thrilled to announce the 2019 Bell Grandstand Show: “Trailblazer”. This year’s show takes inspiration from the travelling shows of the early 20th century, recreating the excitement and wild spectacle of the era and hurtling it into the 21st century on the most technologically advanced outdoor stage in the world. Trailblazer will take audiences on a one of a kind adventure led by our show master Onalea, all culminating in our world-famous fireworks leaving audiences breathless.

Grammy and Emmy award winning creative producer Dave Pierce returns again to push the limits of outdoor performance art. “Each year we try to top the last,” says Dave. “This year we are creating a spectacle that sees multiple individual acts on stage all at once, performing in unison with 130 Young Canadians. A show of this scale has never been seen at the Calgary Stampede and will only be here for 10 nights.”

Our star Onalea has blazed her own career from Calgary to Vancouver to New York City and is joined by Calgary’s own travelling band of musical pirates, the Polyjesters. Together they lead the entire cast   through a modern musical mashup, highlighted by world class aerial acrobats Alyssa McCraw and Timber Brown flying high above the audience on a custom designed acrobatic machine. Direct from Argentina, the Malambo Gauchos energize the stage with a drum, whip and dance masterpiece as their fiery tribute to the South American cowboy.

With Bell Canada as the new title sponsor of the Bell Grandstand Show, the audience will see a more interactive program allowing them to participate in the pre-show while using their smartphones to enhance their entire experience. Stampede has wired the grandstand with complimentary Wi-Fi and Bell is working closely with the Stampede team to increase accessibility of the show to the Calgary community.

“Bell has been a proud Stampede partner for over 15 years, and we are honoured to present the 2019 Bell Grandstand Show,” says Loring Phinney, Vice President of Corporate Marketing at Bell Canada. “We look forward to finding different ways every year to enhance the Grandstand Show experience for the audience and the broader Calgary community.”

A special ticket offer is available for a limited time to celebrate the announcement of this year’s Grandstand Show. From today through Friday, May 10, save 40 per cent on select tickets for the premiere performance on Friday, July 5. The Bell Grandstand Show begins every night at 7:45 p.m. as part of the Evening Show. Tickets start at $49 and include a seat at the GMC Rangeland Derby and admission into Stampede Park on the day of the show. Standing tickets start at $17. Visit calgarystampede.com/trailblazerflashsale to book your promo tickets before it ends Friday, May 10!

Tickets can be purchased online at calgarystampede.com/tickets or through the Stampede ticket office at 1.800.661.1767. 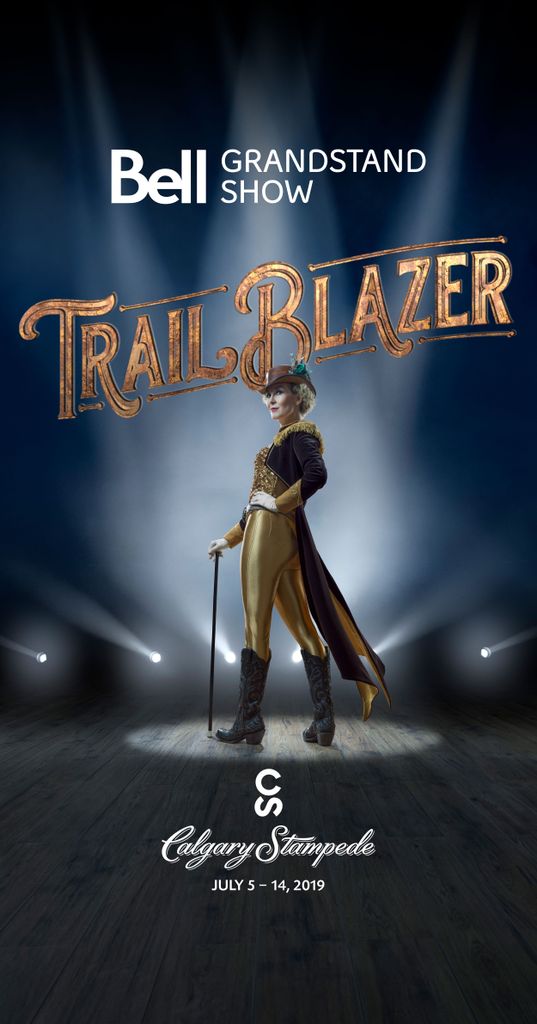