The Calgary Stampede celebrates Canada Day with White Hat Round Up

The Calgary Stampede celebrates Canada Day with White Hat Round Up 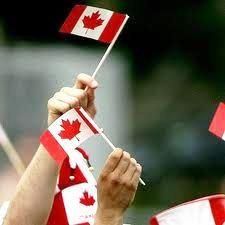 “It was very important for us to reach out to our neighbors this year to say thank you for all their support over the years and give them support for the exciting celebrations they create in their home towns,” says Laura Babin, Centennial Strategist for the Calgary Stampede.  “We have had a wonderful time meeting so many new people and being welcomed into our neighboring communities.”

The White Hat Round Up will begin with a pancake breakfast and stage entertainment in Centennial Park in Canmore from 8 a.m. -11 a.m., followed by multiple Stampede entries in the Canmore Parade at noon.

This year the Calgary Stampede is thrilled to welcome Premier Alison Redford to ride the route.  Be sure to check out the Party in the Park post parade with the Stampede Showband Field Show and Stampede Talent Search performers on the Stan Rogers Stage.  All of this mixed in with the great program from the Canmore Canada Day Committee will make it a day to remember!  Visit canmorealberta.com for more details.

The Stampede will also be celebrating in Banff with the Stampede Stage in Central Park during the day, Centennial Cake and famous white cowboy hats late in the afternoon and participating in the parade along Banff Avenue starting at 5 p.m.  Visit Banff.ca for more details.

To celebrate the Centennial year, the Calgary Stampede developed the White Hat Round Up program as a way to share the Stampede celebration with other Alberta events and festivals.  White Hat Round Up has celebrated in 3 locations so far- The Medicine Hat Stampede Spring Rodeo in April, The Little Britches Parade and Rodeo in High River in May, The Cowboy Gathering in Pincher Creek in June and we will wrap up our program celebrating in Canmore & Banff on July 1- Canada Day.