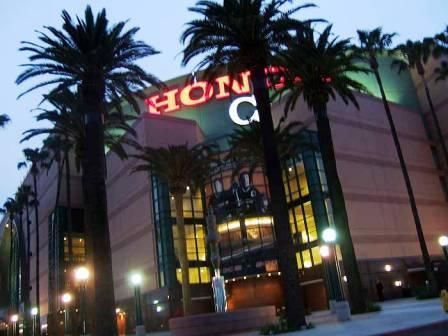 Ticketed fans will get a taste of The Greatest Outdoor Show on Earth in a special “Stampede Tent” just outside the Honda Center.  The tent will showcase country music by Canadian Idol finalist Jason Greeley.  As well, Californians will round out the Stampede experience by taking part in mechanical bull rides, line dancing, a Stampede photo booth and more!  In addition, ticket holders will have a chance to win a huge prize package to attend the Calgary Stampede.

“Travel Alberta is extremely excited to share one of the most vibrant festivals with the world during the Calgary Stampede Centennial celebrations,” said Travel Alberta CEO Bruce Okabe. “The events during this hockey game are just a sneak peek of what to expect in Calgary during this year’s Centennial Stampede.”

The Stampede Queen and Princesses and Harry the Horse will spread Stampede spirit with white hats while representatives from the Stampede and Travel Alberta come together to spread western hospitality.  Check out the game on Sportsnet West beginning at 8 p.m. MST and watch for the section of white cowboy hats!