A Centennial celebration deserves an extra special wine, and this year’s Calgary Stampede Centennial Selection wine is just that.

Launched on March 29, 2012 at the 100-Day Kick-Off event, the Centennial Selection wine was created by British Columbia’s only urban and rural wineries — Township 7, and comes in a collector’s bottle featuring a specially designed commemorative label. 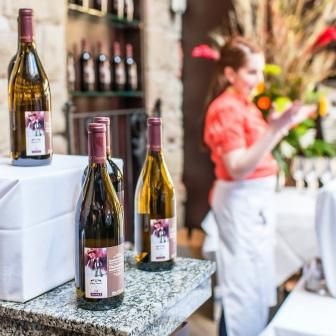 These historic wines will be featured at Stampede events and on the Stampede’s catering menu. They’re currently available in local retail stores (Crowfoot Wine & Spirits, Willow Park Wines and Spirits, and Aspen Wine and Spirits) for a suggested retail price of $24.99 for the Centennial Selection Merlot and $19.99 for the Centennial Selection Chardonnay. During Stampede the wines will also be sold at Co-op Wines & Spirits. In BC, the wine can be found at Township 7’s two wineries.

Bring home the taste of the Calgary Stampede Centennial Celebration and raise your glass to toast the Stampede another 100 years of preserving western heritage and values.