The design team behind TAILS: Three Horses. One Legend.

The design team behind TAILS: Three Horses. One Legend.

Calgary – A world renowned group of individuals is creating one of the most memorable equine productions in Calgary Stampede history – TAILS: Three Horses. One Legend. The collaboration of a multitude of talents has led to an unparalled spectacle. Each member of the design team lends a different expertise – creating a multifaceted experience for the audience that has never been seen before. 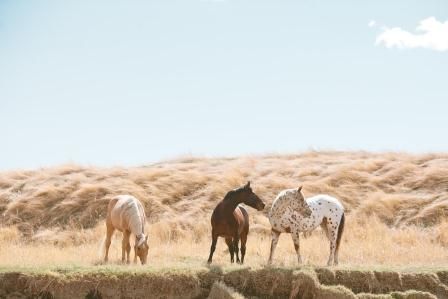 “We have been so fortunate to work with such creative and talented individuals on TAILS,” says Dan Finley, executive producer, TAILS. “The variety of specialized talent that we have working on this production is incredible. Every aspect of this show from the set design, to lighting and to video design, is being taken care of by the best in their respective fields.”

Each individual on the design team comes from a diverse background with resumes that gleam as bright as the shiny coats of the stars of the new ENMAX Corral Show. The accomplished team includes Dan Finley, Michael Barnard, Robert Kovach, Alec Harrison, Eric Fortin, Deb Howard, Michael Eddy, John Cameron and Debrah Opsahl-Macdonald.