The many sources of historical information on the Calgary Stampede

The many sources of historical information on the Calgary Stampede

With our Centennial year upon us, there is an increased thirst for historical information about the Calgary Stampede. There are a number of archives that help to tell the story of who we were in our earliest days and that show how the organization has evolved through the decades. 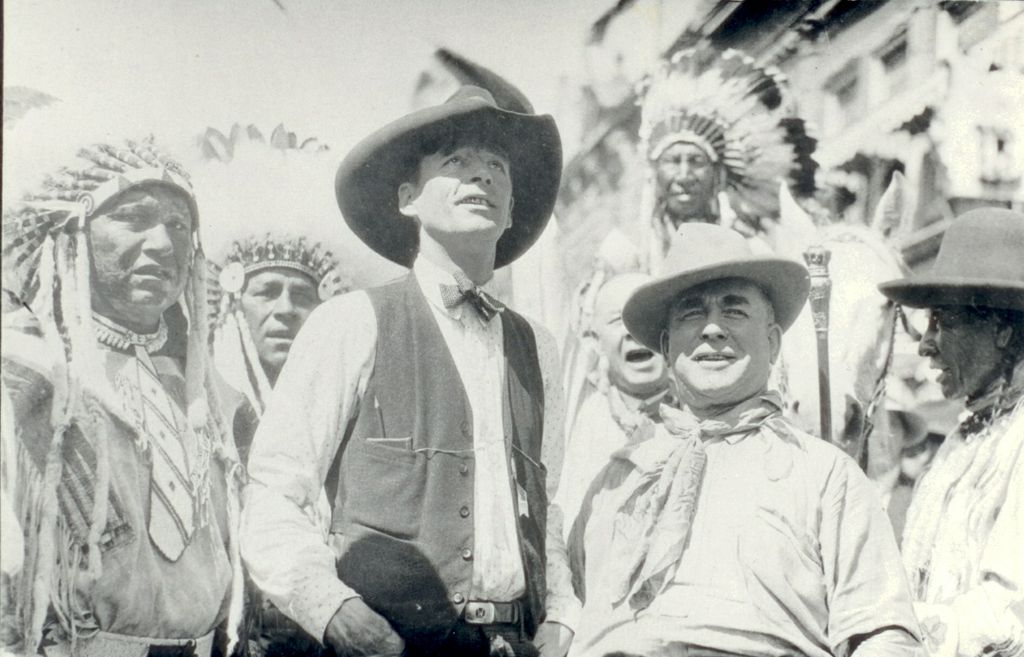 Here’s a quick list of where you can find a wealth of historical information available on the Calgary Stampede:

The Calgary Stampede archives can be found in the Grandstand on Stampede Park, and are open for research, by appointment.
Inside the Calgary Stampede archives you will find Stampede collectibles such as posters, Stampede Post Office cachets, letterhead stationery, invitations, souvenirs, prize trophies and many other historical items.
It also has photographic images, board and committee minutes, annual reports, daily programs, souvenir programs, a variety of databases that document the people associated with the Stampede including all rodeo and chuckwagon contestants, the sponsors and prizes.

The Calgary Stampede archives collection online is published by University of Calgary Libraries and Cultural Resources in partnership with the Calgary Stampede.
The online archives contain digitized images of Stampede posters, thousands of photographs, databases of rodeo and chuckwagon contestants and collections of corporate publications such as annual reports and souvenir programs.
View photographs, programs, catalogues, corporate records, and other printed materials, just as if you were in the archives yourself.

As part of the Historical committee’s mandate to promote the history of the Stampede, several displays and murals are maintained throughout the Park.
If you stroll throughout Stampede Park, you will find heroic sized bronzes: The Bronc Twister at the south corner of BMO Center and the Mounted Policeman Superintendent Dennis E. Massey in the northwest courtyard of the Grandstand.
Next time you are on Park, make sure that you read the bronze plaque near each mural that shares a bit of its history

The Calgary Herald is celebrating the Calgary Stampede Centennial by digging through some of its own archives for some amazing stories being told through the Herald Rewind, Stampede 100 Day Countdown blog and through a gallery of articles, photographs and videos of the Calgary Stampede through the decades.
The Calgary Herald is also creating a virtual museum of Stampede paraphernalia, where readers can contribute their stories and/or photographs of their “cool, kitschy, rare or just plain” Stampede related things.

The Glenbow Archives is Canada's largest non-governmental archival repository. It has extensive holdings of unpublished documents and photographs related to the history of Western Canada and a significant collection of early Calgary Stampede records and artifacts.
The archives are open for reference, and the museum collection is accessible by appointment.