If you like the pieces featured in the Western Art Showcase, you'll love this event.

Art enthusiasts should mark their calendars for the first Saturday of Stampede!

At 1 p.m. the Potluck competition, a sort of ‘Iron Chef’ of blacksmithing, featuring artists making original creations with provided materials, constrained by a time limit, takes place under the Big Top. Pieces created during this event will be auctioned immediately afterward on the stage west of the tent.

Starting at 6:30 p.m. in the Victoria Pavilion in the Agriculture Building, pre-made submissions from both blacksmiths and other metal artists such as silversmiths and wire artists are featured in an art show and auction, accompanied by a cocktail reception. Everyone in attendance can cast their vote for their favourite piece to win the Collector's Choice award in the Non-Traditional category.

Many of the pieces for sale will be on display in the Western Art Showcase in the days prior to the event. This can be a chance to acquire a one-of-a-kind piece as a remembrance of the Stampede’s Centennial at an excellent price.

“The Stampede is of course a celebration of western culture, so in early years the entries were predominantly traditionally-forged items, ranging from door-knockers to fireplace sets. These types of pieces have proved to have enduring appeal throughout the years,” says Heather Hartmann, Co-Chair of the Metal Art Showcase subcommittee.

“In the decade since the first event, though, everything from international influences to eco-consciousness has shaped the event. Modern art pieces in recent years have included jewellery, furniture, a sculpture made from reclaimed barbed wire and even a ‘green’ garden ornament made of recycled snowmobile parts!” 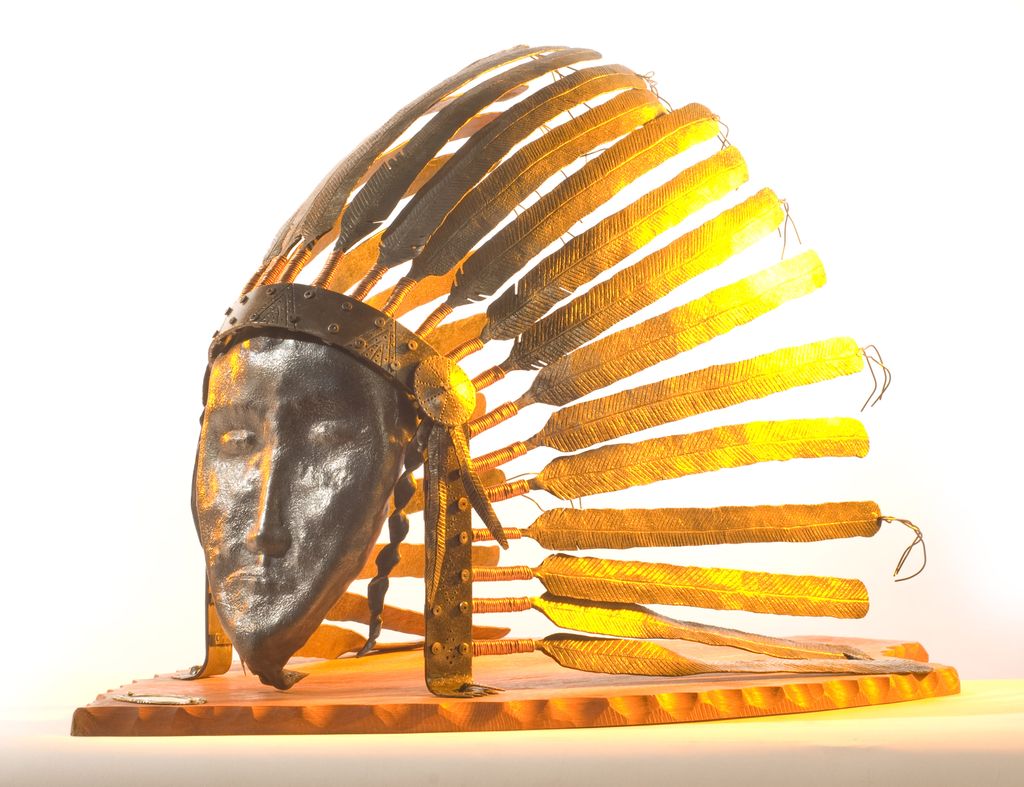