Tim McGraw’s only Alberta show during the 2013 Calgary Stampede

Tim McGraw’s only Alberta show during the 2013 Calgary Stampede 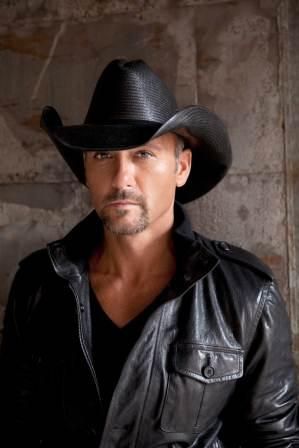 “Having Tim McGraw as our first concert announcement for the 2013 Calgary Stampede is incredible,” says Paul Rosenberg, vice-president Programming, Calgary Stampede. “We know we set a high bar in 2012, but we are confident we're going to have a terrific lineup in 2013 and Tim McGraw is just the beginning.”

McGraw's first single for new record label Big Machine Records, "Truck Yeah," debuted at number 22 on the Billboard Hot Country Songs Chart and number 25 on the Mediabase/Country Aircheck Chart, marking his highest solo chart debut ever. His current single, "One Of Those Nights," was just released to country radio after making its debut on the 46th Annual Country Music Awards. His first album for the label and 12th studio album, TWO LANES OF FREEDOM, will be released on February 5, 2013.

Opening act Gilbert released deluxe edition of Halfway to Heaven on September 13, 2011, two months before "Country Must Be Country Wide" reached number 1 on the Hot Country Songs chart. In July 2012 his follow-up, "You Don't Know Her Like I Do", also hit number one.

Tickets for McGraw go on sale Saturday, November 24 at 10 a.m. and start at $49.50 (plus applicable fees and taxes).  Virgin Mobile will be offering its members exclusive priority access to tickets for the show.  Members can go to virginmobile.ca/lounge for details on the pre-sale which runs from Tuesday, November 20 at 10 a.m. until Thursday, November 22 at 10 p.m., in advance of general ticket sales.  Tim McGraw with Brantley Gilbert is presented by Country 105.