Walt Disney Studios Canada and the Calgary Stampede have joined forces in a trail-blazing new promotional collaboration for the release of Disney/Jerry Bruckheimer Films’ “The Lone Ranger.” The collaboration, which involves full media support, contesting and experiential marketing initiatives, marks the first time Walt Disney Studios Canada has incorporated a Canadian event in its film marketing materials.  The Calgary Stampede runs from July 5th to the 14th.  Directed by Gore Verbinski and starring Johnny Depp and Armie Hammer, Disney/Jerry Bruckheimer Films’ “The Lone Ranger” opens across Canada on July 3, 2013. 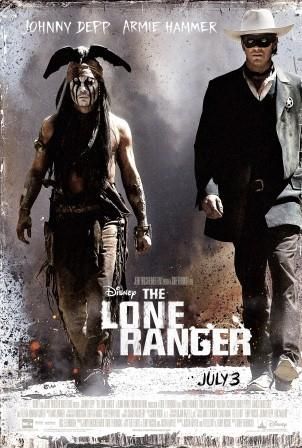 As part of the partnership, the Calgary Stampede provided grand prize trips for two to the 2013 Stampede, including accommodations, tickets to the world-famous festival and exclusive behind-the-scenes experiences.  In addition, the Stampede will have a special western-style presence at advance screenings of “The Lone Ranger” across Canada with spirited volunteers and Stampede Royalty in attendance, cowboy hats for all movie-goers, and a Calgary Stampede spot that will play before the film.

In return, Walt Disney Studios Canada is incorporating the Calgary Stampede into its media campaign for the film in Calgary with custom messaging on marketing materials encouraging audiences to “Kick Off Your Stampede” by seeing Disney’s “The Lone Ranger” on July 3rd.

“We are thrilled to be working with the Calgary Stampede for our release of ‘The Lone Ranger.’  The film and the Stampede both celebrate the spirit of western culture and this was a perfect opportunity to bring together The Greatest Outdoor Show on Earth and some of the greatest talent and filmmakers in entertainment today,” said Greg Mason, VP, marketing, Walt Disney Studios Canada.