Wanna be the next Nashville North Star? 2014 contest now open for music and vocal submissions 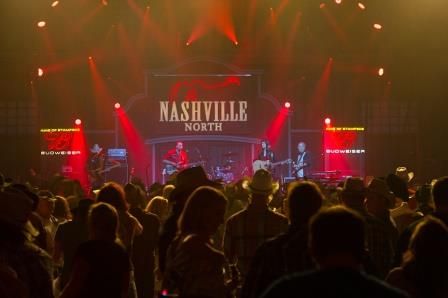 Wanna be the next Nashville North Star? 2014 contest now open for music and vocal submissions

Calgary – The Calgary Stampede kicks off its annual search for the hottest new talent in country music this week with Nashville North Star presented by Jack Daniel’s Tennessee Whiskey. This two-day competition gives 10 artists a chance to showcase their musical talent at Nashville North during The Greatest Outdoor Show on Earth, July 4-13.

“This is an incredible opportunity to get discovered and launch a career on the Canadian country music scene,” says Lindsay Ell, programming production manager. “The prize includes a number of opportunities to promote and develop talent, it really is an opportunity of a lifetime.”

To participate in the Nashville North Star competition, visit www.calgarystampede.com/nnstar starting Thursday, June 5 and upload a video of yourself or your band performing your favourite country music cover song. The deadline for video submission is Wednesday, June 18 and online voting will take place June 19-25 at calgarystampede.com/nnstar. The competitor who earns the most online votes is automatically entered into the top 10. The remaining nine slots are chosen by a panel of industry judges.

The top 10 will be announced on Thursday, June 26 by Country 105 and will perform live in the semifinals at Nashville North on Saturday, July 5. The top six will advance to the finals on Monday, July 7 where the new Nashville North Star presented by Jack Daniel’s Tennessee Whiskey winner will be crowned.

The Grand Prize winner will receive:

-      Trip for two to the 2014 Country Music Week in Edmonton including entrance to the awards.

-      A record release to country radio stations across Canada provided by Royalty Records.

Nashville North is one of the three amazing stages lighting up the music scene at Stampede. The Coca-Cola Stage features nightly headliners while the Virgin Mobile Stampede Concert series is proud to bring Shania Twain, Paul Brandt, Keith Urban and Reba to the Scotiabank Saddledome.