Calgary – The Calgary Stampede Showband is a four time world champion after successfully defending its title this weekend at the World Association of Marching Showbands Championship in Chiba, Japan. 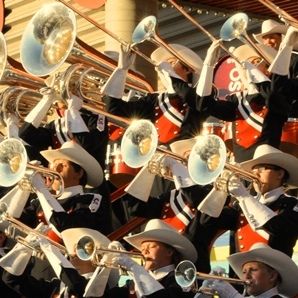 Stampede Showband members performed alongside many of the world’s finest marching ensembles before a large audience of enthusiastic spectators and a panel of internationally recognized judges. All of the performances were of an extremely high caliber, but, ultimately the Stampede Showband was crowned champion with a score of 94.94.

The Stampede Showband will be returning to Calgary on Wednesday, August 14 at 11:40 a.m. on Air Canada flight 10.

Since its inception in 1994, the Calgary Stampede Foundation has worked to preserve and promote western traditions, culture and heritage through charitable giving as well as promoting and advancing character-building youth programs. The Foundation is currently working with community leaders and philanthropists to develop world class programs and facilities that ensure our western legacy is preserved for future generations. The Calgary Stampede is a shareholder and sponsor of the Foundation, which is responsible for a number of youth-oriented programs including Stampede School, the Calgary Stampede Show Band and The Young Canadians School of the Performing Arts.