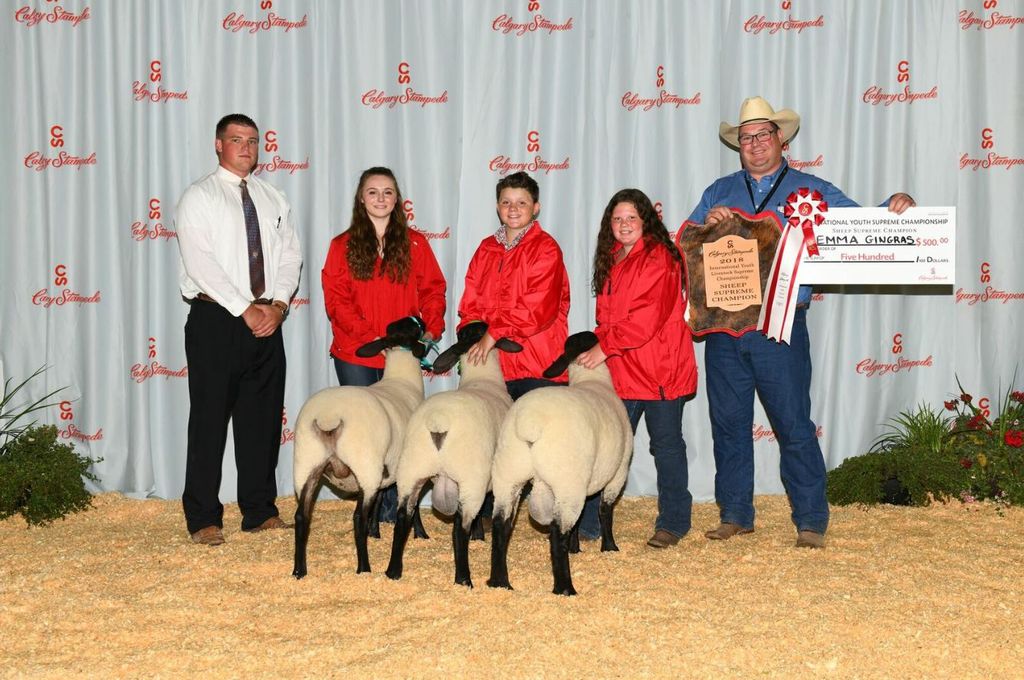 CALGARY — They might look sweet and unassuming, but sheep can be stubborn and downright cranky at times.

Just ask Charlotte Cutts, a 14 year old from Crestomere, Alberta who competed in the Youth Livestock Supreme Championship and Scholarships at the Calgary Stampede on Saturday and Sunday. The teen and her lamb Oprah were a popular draw, answering questions and showcasing her animal as Stampedegoers stopped by her pen. (Sample questions: Is it a sheep? Why is it so fluffy?)

“At the start, it can be pretty hard working with them, but once you get them going (with training) they can be pretty good about it. I walk them every day and get them used to me,” Charlotte said. “I like showing the sheep off here. I’m telling people that they are mostly friendly and they are cool animals. Oprah is pretty laid back.”

The International Youth Livestock Supreme Championship and Scholarships is a unique partnership between the Stampede and Olds Regional Exhibition, with the support of Alberta 4-H and Alberta Junior Beef Breed Associations. From July 9 to 13, hundreds of participants took part in Summer Synergy, a large, integrated event held at the Olds Regional Exhibition. More than 250 competitors from across Western Canada showcased their stewardship skills as a qualifier for the Stampede.

Charlotte was one of 55 up-and-comers in the world of agriculture who made it to the finals at the Stampede, sharing in $70,000 in scholarship money at the event held at the Nutrien Western Event Centre. Competitors were graded in five areas: confirmation, showmanship, grooming, multi-species judging and marketing. They also took part in a formal interview. Class winners at the Stampede advanced to the Supreme Championship final on Sunday.

Wyatt Bradford was named Purebred Beef Supreme Champion for his two-year-old cow-calf pair of Simmentals. The 13-year-old from Eckville, Alberta was showing at his first Stampede with in-ring help from his older brother Will. Since Will took part in last year’s scholarship event, his best advice for Wyatt was “keep your cool.”

“They are probably the best pair on the farm that we have,” Wyatt said. (The family has a 300-head herd, mostly black Angus.) “We have both been practicing showmanship and every day we’d ring them and bring them in the barn.”

That practice paid off in more ways than one as Wyatt also received the Herdsman Award in the intermediate division.

While Charlotte was named Grand Champion for her Mature Ewe, she didn’t take the Supreme title in sheep. And when she was fielding those questions from the public about her sheep, it served a larger purpose, said her mom, Laverne Seib.

“I’m a large animal vet and my husband is an agronomist. Her being involved in 4-H and this event is about the exposure to — and the understanding of — what needs to be done in agriculture,” Seib said. “For the girls to be able to someday be an advocate for agriculture is our goal.”