Calgary – Prepare to be entertained by the Centennial Calgary Stampede Parade.  The world-class Parade kicks-off the ten-day Centennial celebration on July 6.  The Parade will feature entries that ...
February 03, 2012

Calgary – He’s the Country Music Association’s reigning Entertainer of the Year.  He’s a 14-time CMA award winner and today the Calgary Stampede is pleased to announce that country music ...
January 25, 2012

Nine months off. Nine months without travelling, without rodeos, without the energy of a cheering crowd or a rider on their backs. That’s how the Calgary Stampede’s top bucking horses rolled into the ...
November 19, 2020

Lest we Forget – Calgary Stampede Volunteers support Field of Crosses

Thousands of crosses, row on row. It is an arresting image that appears each November in Calgary along the city’s Memorial Drive. The Field of Crosses is a powerful reminder of the sacrifices made by ...
October 13, 2020

A fabulous fall for life on the ranch

When it comes to beautiful places in Alberta, the Calgary Stampede&#8217;s two ranches, the OH Ranch and Stampede Ranch, arguably supply some of the most breathtaking views throughout the year. As ... 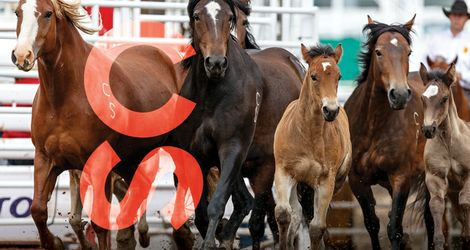