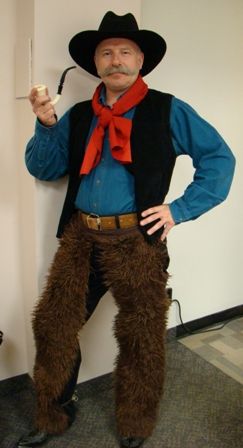 You get Agriculture 100 — a rousing, rip-roaring “ag” reunion.

Agriculture is a fundamental part of the Calgary Stampede’s rich history and tradition. And as the Stampede turns 100 years young this summer, it seems only fitting that The Greatest Outdoor Show on Earth will be celebrating agriculture’s finest moments on Stampede Park with some daily rural revelry.

Agriculture 100 will be open daily from July 6 through 15, from Stampede Park opening until 8 p.m., and will entertain visitors from around the world — while, at the same time, welcoming back former volunteers, exhibitors, participants, sponsors, and champions from a century’s worth of agricultural competitions and exhibitions. The celebration will be held in that grand old cathedral, the Victoria Pavilion, which served as the nerve centre of the Stampede’s agricultural activities for decades.

“This is the experience of a lifetime for Stampede visitors,” says Lori Wheeler, the Stampede’s Agricultural Centennial Co-ordinator. “Agriculture 100 will showcase Alberta to the world, but it will be here for the Stampede’s Centennial year only.”

Adds Stampede Agriculture Manager Robert Wise: “Visitors and guests will be able to see every facet of Stampede agriculture — past, present, and future — in one place, thanks to Agriculture 100. We are so proud and excited to share our history and our experiences with an audience from all over the world.”

Agriculture 100 will feature engaging displays representing all 22 of the Stampede’s agriculture programs — including the World Champion Blacksmiths’ Competition, the Heavy Horse Pull, the Cutting Horse Competition, Draft Horse Town, the World Stock Dog Championship presented by Sasol, and the North American Sheep Shearing Challenge, just to name a few. These agricultural exhibits will be showcased as part of a daily rotating spotlight.

Pulling it all together will be Rancher Jack Morton, the host of Agriculture 100 for all 10 days of the 2012 Stampede. Rancher Jack, who keeps cattle, horses, sheep, and pigs on his 1912 spread, will be shearing some of his sheep with vintage hand-cranked shears, and getting his riding horse shoed by a blacksmith, among other activities. And while Rancher Jack’s character is being brought to life by professional actor Gery Schubert, he’ll be the “real deal” in every other way as Agriculture 100’s ringmaster and bon vivant.

Agriculture 100 will provide a vibrant representation of the Stampede’s rich agricultural past, with live animal exhibits, beautifully restored farm equipment, volunteers dressed in period attire, and more. Some animal programs, such as heavy horses and dairy cattle, predate the Stampede, having been part of Calgary’s annual ag fair as far back as the Calgary and District Agricultural Society’s first go-round in 1886.

An Agriculture 100 video will be playing in the Victoria Pavilion throughout the 10-day Stampede, with priceless historic photos dating back a full century and reminiscences from longtime Stampede agriculture volunteers. Agriculture 100 will also cast an eye to the future, with architectural renderings of the Stampede’s future Agrium Western Event Centre.

Agriculture 100 will also be Homecoming Headquarters for all of the Stampede’s past agricultural champions. Come on in and sign the guest book, get your photo taken, share some memories with Homecoming volunteers, and receive a small token of the Stampede’s appreciation for your landmark achievement in front of an international audience. Additionally, agriculture will be in the spotlight on Sunday, July 8, as the Calgary Stampede honours its former agricultural champions with a Park-wide Homecoming Celebration initiative.

“Our stakeholders are very special to us. They’ve played such a large part in making Stampede agriculture the exciting and engaging entity it is today,” says Max Fritz, Director of Agriculture with the Calgary Stampede. “With more than a million visitors coming to Stampede Park, Agriculture 100 is a chance to demonstrate how important agriculture has been to the success of the Stampede.”

Harry the Horse, the official mascot of the Calgary Stampede, will join the Miniature Horse Committee on Wednesday, July 11 — Kids’ Day at the 2012 Stampede — from 1 to 2 p.m. in the Creativity Corral, helping kids to colour paper cowboy hats and also sharing a special Western welcome by “branding” kids with the CS stamp.