Calgary- Last night, bands from all over the world gathered at the Scotiabank Saddledome for the World Association of Marching Show Bands (WAMSB) World Championship. The final results sheet revealed the good news; the Calgary Stampede Showband had won first place in what is considered to be the largest and most well respected competition of its type in the world. 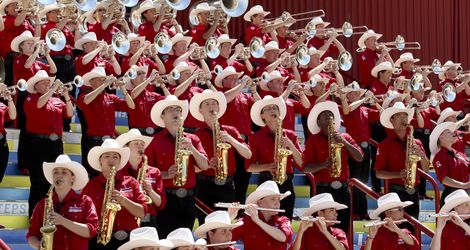 “We are thrilled to win this prestigious award on home turf and during our Centennial celebration,” says Mike Jewitt, director of bands, Calgary Stampede.

Calgary has previously hosted the World Championship in 1996 and 2000. On both occasions, the Calgary Stampede Showband won the event.

The Calgary Stampede Showband has played for audiences the world over, including the 2012 Pasadena Tournament of Roses, private performances for the Duke and Duchess of Cambridge, Buckingham Palace and Live! with Kelly. This international exposure has earned them a reputation as one the world’s finest marching ensembles.